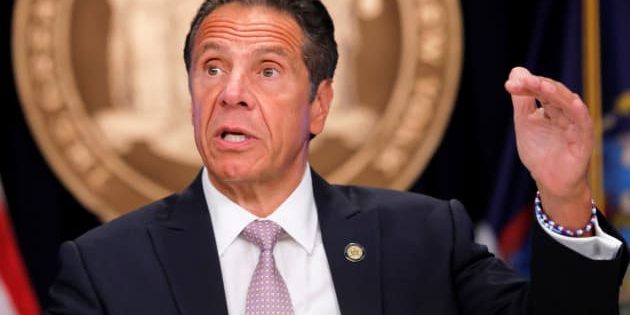 On December 1, World AIDS Day, Trillium Health says Gov. Andrew Cuomo made an announcement they say took them by complete surprise: Cuts to funding that will have a ripple impact on HIV and AIDS patients in the community.

Trillium says they have been fighting back against the governor’s cuts to the federal 340-B prescription discount program. If these cuts go ahead, it could mean Trillium scales back in a big way on many of the treatment programs here in the city, some to the city’s most vulnerable.

The President and CEO of Trillium Health, Andrea DeMeo, says they rely on being able to buy HIV treatment and other prescription medicine at a discount, so they can then give healthcare services at little to no cost to the community.

Part of what they provide? “Food security, housing security, transportation,” says DeMeo adding, “It will have a devastating financial impact to us and require us to cut services.”

DeMeo says this move isn’t necessarily related to the COVID-19 financial budget hole. This was done by the governor in April, she says buried in the budget. DeMeo says the governor is looking for Medicaid savings. This could mean they will lose $5 million, on top of a 20% withholding by Albany on state grants.

“Which essentially means we will no longer be able to buy our Medicaid prescriptions at a discount and therefore have a devastating financial impact,” says DeMeo.

“It would be a nightmare scenario to see a cut on HIV medication,” says Brian Bartlett who works at Trillium, and has been HIV positive since 2010 (although it’s now undetectable in him thanks to his daily regimen of medication). He says the governor allowing this cut during the COVID-19 pandemic is coming at the worst possible time.

“You’re going to cut funding for something we’ve been dealing with since the 1980’s? And then put a cap on it, and say that it’s okay during all this? Like…no,” says Bartlett.

DeMeo reminds the public that while this doesn’t mean medicine will necessarily be cut, it does mean a step backward in all the work they’re doing to roll back the HIV-AIDS epidemic.

“It can be terribly detrimental and possibly an issue of mortality, and we’re very concerned about communities at risk,” says DeMeo adding the hardest-hit group will be minority populations in the region.

DeMeo says the next step is to have a conversation with Albany and let them know the impact this cut will have in the community. The changes to funding are due to go into effect on April 1, 2021.

This article can be found on the WETM TV 18 Website by clicking HERE.