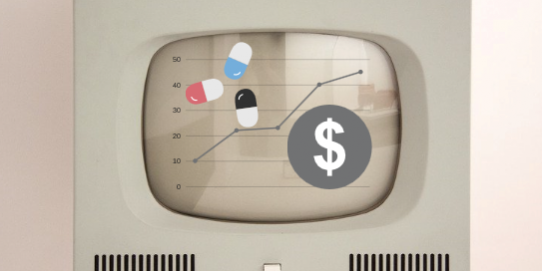 On Monday, Health and Human Services Secretary Alex Azar announced a proposed rule that would require pharmaceutical manufacturers to disclose wholesale acquisition cost (“WAC”) prices in direct-to-consumer TV advertisements for all Medicare and Medicaid covered drugs.  As stated in the proposed rule, the goal of this regulation is to provide consumers with information that would allow them to make more informed decisions, decrease out-of-pocket spending, and reduce “unreasonable expenditures borne by Medicare and Medicaid.”

The proposed rule would require manufacturers to disclose in a “legible manner” the current WAC for a drug that costs greater than $35 for a 30-day supply, or typical course of treatment.  The WAC price is the manufacturer’s list price for the drug to wholesalers or direct purchasers.  It does not include rebates or discounts provided by the manufacturer.  Alternatively, the average manufacturer price (AMP) does include discounts provided by drug manufacturers, making it a better indicator of prices paid by retail pharmacies.  While the AMP may be more representative of the actual price paid, the Medicaid Drug Rebate Program statute protects manufacturers from having to disclose their quarterly AMP calculations.

Prior to Secretary Azar announcing the proposed rule, PhRMA announced that member companies will adopt their own voluntary policy to provide patients with drug costs and financial assistance information in TV advertisements.  Beginning in April 2019, PhRMA member companies will include information that directs consumers to a website that provides the list price, out-of-pocket costs, and financial assistance information for brand-name drugs.  In the same press release, PhRMA expressed their opposition to CMS’ proposed rule, stating that including the list price “could discourage patients from seeking needed medical care.”  PhRMA also signaled that this requirement could raise First Amendment issues and potential legal action if the proposed rule becomes final.

During his announcement on Monday, Secretary Azar said it was no coincidence that PhRMA announced their voluntary disclosure policy on the same day.  Although he acknowledged PhRMA’s policy to be a “helpful complement” to CMS’ proposed rule, Secretary Azar stated that “placing information on a website is not the same as putting it right in an ad.”  Secretary Azar went on to say “[w]hen we change the rules, the market players will reorganize their businesses to fit the new world. And it will be a very different world for American drug pricing.”

The comment period for the proposed rule will close on December 17, 2018.