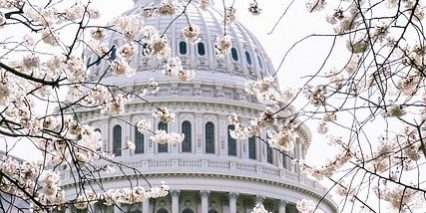 On Friday, July 9, Reps. David B. McKinley (R-WV) and Abigail Spanberger (D-VA) introduced the Preserving Rules Ordered for the Entities Covered Through (PROTECT) 340B Act (H.R. 4390), which seeks to prevent pharmacy benefit managers (PBMs) and other third-party payers from paying below-market rates or engaging in other discriminatory contracting practices that undermine participation in the 340B program by Ryan White clinics, federally qualified health centers, and other safety net providers.

The PROTECT Act would establish a general prohibition on health insurers and PBMs from discriminating against 340B providers or their contract pharmacies on the basis of their status as providers or pharmacies that dispense 340B drugs.  More specific forms of discrimination are also prohibited.  The bill would prohibit health insurers and PBMs from:

The above prohibitions would apply to private insurance plans, as well as Medicaid managed care organizations and Medicare Parts C and D plans.

In addition to addressing discriminatory practices by payers, the PROTECT Act would require HHS to contract with a neutral third party to serve as a national clearinghouse to prevent duplicate discounts under Medicaid.  The purpose of the clearinghouse would be to collect data on 340B drugs reimbursed by Medicaid and state rebate data and ensure that those drugs are not included in States’ Medicaid rebate requests.

The PROTECT Act has received support from a wide array of 340B stakeholder groups, including RWC-340B, America’s Essential Hospitals, National Association of Community Health Centers, and 340B Health.  A press release issued by RWC-340B is copied below and can also be found on the RWC-340B website by clicking here.  The text of the PROTECT Act can be found here.

This bipartisan bill seeks to prevent pharmacy benefit managers (PBMs) and other third-party payers from paying below-market rates or engaging in other discriminatory contracting practices that undermine participation in the 340B Program by Ryan White clinics, federally qualified health centers and other safety net providers.

By singling out 340B pharmacies for reduced reimbursement, for-profit PBMs usurp the benefit of the 340B Program from safety net providers which both limits the providers’ ability to care for vulnerable patients and increases pressure on taxpayers to make up the difference. Other discriminatory practices prohibited by the bill include imposition of increased pharmacy fees, exclusion from PBM networks, interference with patient choice, and application of onerous claims reporting requirements.

“RWC-340B has been fighting against these unfair and abusive practices for the last five years. Most recently, we took our fight to the states where dozens of state legislatures enacted laws or are contemplating doing so to stop PBMs from exploiting the 340B Program,” said Shannon Stephenson, CPA, MBA, CEO of Cempa Community Care in Tennessee, and President of Ryan White Clinics for 340B Access (RWC-340B). Stephenson elaborated, “”These practices are a direct attack on safety net providers serving our country’s most vulnerable patients and must stop.”

“Now, with the leadership of Representatives McKinley and Spanberger, safety net providers are taking this fight to Congress to preserve and protect our right to use 340B savings, which allow us to treat more vulnerable patient populations or improve services, rather than allowing for-profit middlemen to line their pockets at our expense,” she said.

Another key component of the McKinley-Spanberger legislation is the requirement that HHS contract with a neutral, third-party to serve as a claims data clearinghouse to protect drug manufacturers from giving Medicaid rebates and 340B discounts on the same drugs. The contractor will collect data on 340B drugs reimbursed by Medicaid to ensure that those claims are not included in States’ Medicaid rebate requests. Stephenson said, “It’s the right thing to do. Federal government oversight is necessary to ensure that manufacturers providing 340B discounts on drugs are not also paying state rebates on those drugs.”