Sentry Allowed to Continue Antitrust Lawsuit Against CVS and Wellpartner 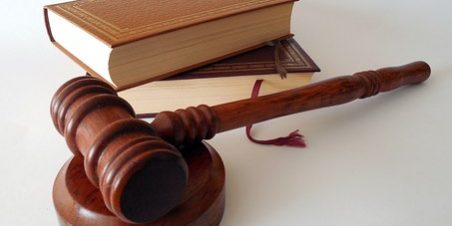 Last week, the U.S. District Court for the Southern District of Florida held that Sentry Data Systems Inc. can proceed in an antitrust lawsuit against CVS Pharmacy, Inc., alleging that CVS unlawfully forced health care providers to use its 340B administrator, Wellpartner LLC.  Judge Beth Bloom denied CVS’s motion to dismiss the antitrust claims after Sentry presented market share statistics showing that CVS has a  greater than 30% share of contract pharmacies in 22 local markets.

Sentry provides compliance monitoring systems for the 340B program.  Wellpartner, a competitor of Sentry,  was acquired by CVS in 2017.  Following the acquisition, CVS announced that it would require all providers that use CVS as a contract pharmacy to use Wellpartner for 340B compliance services, or risk losing access to the CVS pharmacy network.  Sentry’s amended complaint alleges that CVS violated Section 1 of the Sherman Act by tying its contract pharmacy services to Wellpartner.  Sentry also alleges that CVS and Wellpartner developed their 340B tracking software using Sentry’s proprietary information which is protected by non-disclosure agreements between the parties.

Another 340B administrator, RxStrategies Inc., filed a similar lawsuit against CVS in 2018, alleging CVS and Wellpartner misappropriated RxStrategies’ trade secrets and used CVS’s market power to poach customers.  The RxStrategies case has been stayed pending the outcome of mediation.

Sentry and RxStrategies both filed their lawsuits during the time that CVS was already facing antitrust scrutiny from the Department of Justice’s (DOJ) Antitrust Division for its proposed acquisition of Aetna.  Although DOJ approved the merger last year, on April 5, 2019, a federal judge announced that he will be reviewing the DOJ’s settlement agreement and will hear from witnesses who object to the merger in court.  We are aware of at least one national 340B advocacy organization that has gone on record as opposing the CVS-Aetna merger on the grounds that it would exacerbate the growing problem of payers reimbursing 340B providers at lower rates than non-340B providers.  Additionally, in January 2018, CVS sent letters to 340B covered entity owned pharmacies announcing that these pharmacies had the option to either accept a lower 340B reimbursement rate, or terminate enrollment as a provider under CVS’s commercial networks altogether.  However, CVS later withdrew its plan to reduce reimbursement rates for these pharmacies, attributing its change in position to the many pharmacies that reached out and expressed their concerns with its payment reductions.

We will continue to monitor and update you on future developments related to both the Sentry and RxStrategies lawsuits.