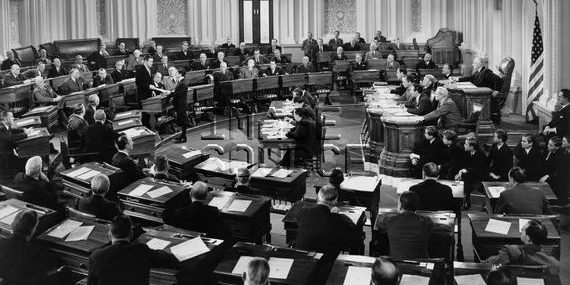 On Thursday May 9, 2019 the House Energy and Commerce Committee, Health Subcommittee held a hearing on Lowering Prescription Drug Prices: Deconstructing the Drug Supply Chain.  In the latter half of the hearing, the 340B Drug Pricing Program was discussed on several occasions, most often during questioning of witness Lynn Eshenbacher who is chief pharmacy officer for Ascension, a large not-for-profit and Catholic health system.  Many of Ascension’s member hospitals participate in the 340B program.

Rep. Matsui (D-CA) recited the intent of the 340B program and asked Eshenbacher how hospitals use the program to benefit low income patients.  Eshenbacher responded, “Everything that we do we put back towards those low-income patients and the poor and vulnerable.”  She added, “We do anything from free or low-cost medications. And contrary to popular belief, the 340B price for medication, a lot of our low-income and indigent patients are not able to even afford that price.”

Representative Griffith (R-VA) said, “we are not trying to get rid of 340B,” but said that some groups are “gaming the system” or not using the savings to help low income patients.  Rep. Bucshon (R-IN), a physician and vocal critic of the 340B program, asked Eshenbacher a series of pointed questions about how many contract pharmacies Ascension uses, whether those discounts are passed along to patients, where those savings go, and Ascension’s “profit/margin” on 340B.  Eshenbacher countered by saying that hospitals are voluntarily reporting how they use savings and that legislation mandating them to do so would create undue burdens on safety net providers.  Bucshon said that most patients don’t know they are “340B patients” because there is no patient definition.  Eshenbacher disputed Bucshon’s contention, noting that there are criteria for who is a patient in the program.  Bucshon also took aim at duplicate discounts and said that the “dramatic expansion of 340B” is “leading to an upward pressure on drug prices overall.”  Health subcommittee Chairwoman, Representative Eshoo (D-CA) interjected that the hearing was not about 340B and that 340B is only around 2% of the total drug spend.

In other congressional news, the House Committee on Oversight and Reform will hold a hearing on Thursday May 16, 2019 entitled, HIV Prevention Drug: Billions in Corporate Profits after Millions in Taxpayer Investments.  Gilead CEO Daniel O’Day will testify on Gilead’s pricing of Truvada.  Steve Ubl, president of PhRMA, the national trade association for manufacturers that has been highly critical of the 340B program, noted in January that Gilead joined PhRMA in part to help advance PhRMA’s policy to “reform” 340B.  As such, the 340B program may again be discussed in a House congressional hearing this year.