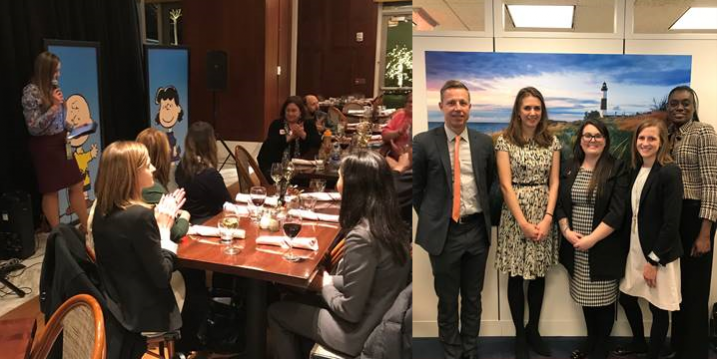 On Monday, December 10, RWC-340B members spent the day on Capitol Hill advocating for the protection of the 340B program for Ryan White grantees and sub-grantees.  Participants met with their members of Congress and staff, with leadership offices, and with members of Congress who serve on committees focused on 340B.  In addition to explaining the importance of the 340B program for patient care, advocates asked for support of the SERV Communities Act (H.R. 6071), introduced by Rep. Doris Matsui (D-CA), and encouraged members of Congress to co-sponsor the bill when it is reintroduced in the 116th Congress.  The SERV Communities Act is the only comprehensive 340B legislation that protects and preserves the 340B program.  The bill clarifies the intent and function of the program, codifies the definition of “patient,” ensures program transparency and compliance, expands 340B eligibility to behavioral health and substance abuse treatment providers, and rescinds onerous Medicare reimbursement cuts for 340B drugs furnished by certain 340B safety net hospitals.

The Hill visits allowed RWC-340B members to share detailed stories about how the 340B program helps them to serve their patient population, as well as solidify the reputation of RWC-340B as a leader in advocacy for the 340B program.   After a positive meeting with Rep. Eleanor Holmes Norton’s office (D-DC-01), Rep. Norton voiced her support for the Matsui legislation and signed on as a co-sponsor this week.  Coalition members and benefactors that participated in the Hill visits were AIDS Project of the Ozarks, Alliance for Positive Change, Cempa Community Care, Equitas Health, One Community Health, AIDS Healthcare Foundation, and Ponaman Healthcare Consulting.

Following the Hill visits, RWC-340B supporters (Ponaman and CAN Community Health) hosted a recruitment dinner to honor RWC-340B executive board members and promote the advocacy and outreach work that the coalition provides.  Rep. Matsui was named the inaugural recipient of the Gold Star Award, recognizing the Congresswoman for her outstanding efforts to protect and preserve the 340B program.