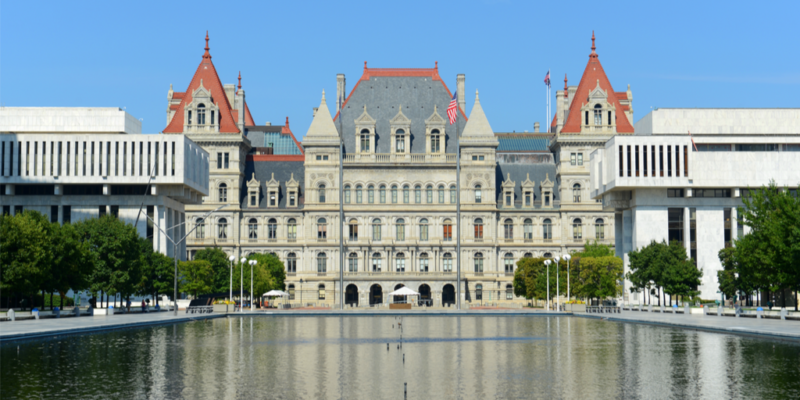 On April 6th, 2021, the New York legislature announced that it was delaying a controversial policy that would require the New York Medicaid program to carve out the pharmacy benefit from the state’s Medicaid managed care program and shift payment of drugs covered under that benefit to fee-for-service reimbursement. The two-year delay represents a big win for 340B covered entities and shows the impact that engaging community leaders can have in the fight to protect the 340B safety-net for those they serve. Ryan White clinics, Federally Qualified Health Centers, and other safety net providers, worked with community leaders and local advocacy groups to warn lawmakers about the serious fiscal and social burdens that the carve out would cause if implemented.

Below is an article originally published by the 340B Report, mentioning RWC-340B’s and Save New York’s Safety Net’s aggressive advocacy efforts to stop the carve-out.

The transition, often called the 340B carveout, had been slated to go into effect on May 1. State lawmakers and Cuomo on Tuesday night finished work on budget legislation for the fiscal year that began April 1 that delayed the carveout until April 1, 2023, according to an announcement from Cuomo’s office.

Under Medicaid FFS, 340B providers must bill at the acquisition cost for the drug. Under Medicaid managed care, they can bill plans for 340B-purchased drugs at higher negotiated rates. The additional revenue is used to support patient services such as transportation, education and language assistance.

Health centers, HIV/AIDS clinics, and other providers with large Medicaid patient populations are leading opposition to such carveouts. In New York state, 340B providers have amounted an aggressive advocacy effort that has including lobbying, public relations, social media, and a specific initiative to fight the carveout called “Save New York’s Safety Net.” National group Ryan White Clinics for 340B Access (RWC-340B) is one of the initiative’s leaders. It has a variety of non-clinical backers as well, including New York NAACP President Hazel Dukes.

Save New York’s Safety Net claims a carveout would take at least $240 million in 340B-related revenue away from safety net providers, leading to cutbacks in service and even site closures. Some large clinics, such as Callen-Lorde Community Health Center in New York City, have estimated a carveout would cause its overall operating budget to drop by as much as 14%.

Community Health Care Association of New York State (CHCANYS) was pleased by the delay, although CEO Rose Duhan indicated the battle would continue.

“We are grateful to the State Legislators and Governor Cuomo for including the two-year delay of the pharmacy benefit carveout in the adopted budget. Our goal is still a full repeal of the carveout,” Duhan said in a statement issued to 340B Report. “We look forward to speaking with the Department of Health and legislators to look at alternatives to achieving cost savings other than from the carveout.”

“The agreement to delay the Medicaid pharmacy carveout for two years is a hopeful outcome after a year of working tirelessly to educate our decision-makers about why 340B revenues are so very critical to New York’s safety net providers like Callen-Lorde,” said Kimberleigh J. Smith, Senior Director for Community Health Planning and Policy at Callen-Lorde. “We are so grateful for our state legislators who championed this delay, knowing that if that carveout were to be implemented it would wreak irrevocable harm to our clinics, our patients, and our communities. Callen-Lorde shares many of the state’s policy objectives, and we look forward to working together to find alternative ways to achieve savings for the state and strengthen the Medicaid program.”

The impending transfer of the pharmacy benefit in New York and California has drawn national attention and raised concerns that other states will adopt similar policies.

The California Department of Health Care Services, which administers that state’s Medicaid program, Medi-Cal, announced in February that its carveout plan had been delayed indefinitely. That decision was primarily tied to California’s Medicaid FFS vendor, Magellan Health, being acquired by Medicaid managed care giant Centene. State officials said the deal would need to be vetted to ensure there were no conflicts of interest and that patient data would be properly safeguarded.